From a medical standpoint, Turkey’s management of the COVID-19 pandemic seems to have been more successful than many countries in the world. The World Health Organisation’s statistics prove this.

But its handling of the social aspect is open to debate. The government’s harrowing efforts to block fundraising campaigns launched by the municipalities held by the opposition parties continue unabated. The decision to block local governments from helping their constituents may backfire and cost the ruling party in future elections.

Turkish President Recep Tayyip Erdoğan has benefited from a reputation of remaining close to the dispossessed people of the outskirts of big urban agglomerations, and he has relied for decades on their votes.

He won both the municipal elections in Istanbul in 1994 and general elections in 2002 mainly thanks to their support. His method was borrowed from the Muslim Brotherhood movement in Egypt, which focused on helping deprived suburban people.

Based on his experience as metropolitan mayor of Istanbul, he did everything in his early years as prime minister to increase the competence of mayors. But after the ruling Justice and Development Party (AKP) consolidated its position in the political arena, it turned away from impoverished people. Instead, it focused on rich contractors that could help further consolidate the party’s position in power.

The AKP could have used the COVID-19 pandemic to redress its old image, but it chose to do the opposite by blocking fundraising campaigns initiated by opposition-held municipalities. As the purpose of these campaigns was to alleviate the plight of people affected by the pandemic, blocking them is likely to further alienate their beneficiaries from the ruling party.

The municipalities are, by definition, closer to the people than the central government. They are more directly in touch with the city-dwellers. Therefore, they know better who needs what.

The campaigns launched by many municipalities disturbed the AKP and the government, sensing that successful opposition campaigns could translate into votes in the next election, began putting up obstacles to them, saying that any campaign had to be signed off by the government.

In addition to the obstacles imposed last week in Istanbul and Eskişehir, the government also blocked the campaigns in other provinces.

Erdoğan harshly criticised a field hospital that the Adana municipality set up for COVID-19 patients, saying it was the government’s prerogatives, not municipalities.

In Mersin, the government banned the local municipality from distributing free bread to the poor.

In Izmit, a medical doctor sent a message of gratitude to the opposition municipality for providing health workers with protective masks. The government took immediate action to launch a legal investigation on the doctor.

Çankaya municipality of Ankara was more creative in sidestepping the government’s ban. There is a widespread practice in Turkey, in the poor neighbourhoods of the big cities as well as in rural areas, where grocers note down their customers’ bills and settle accounts later, when they can come up with the cash.

The Çankaya municipality invited wealthy people of the district to visit grocers and pay poor people’s debts. Anti-government TV channels showed footages of poor people expressing their gratitude for those who paid their debts and for the municipality who organised this campaign.

The government claims that such campaigns should be centrally organised and that the municipalities should only contribute to it so that the credit for the campaign should only go to the ruling party.

It is highly unlikely that the poor segment of Turkish electorate will look on this policy favourably, so it looks as if the government is shooting itself in the foot. 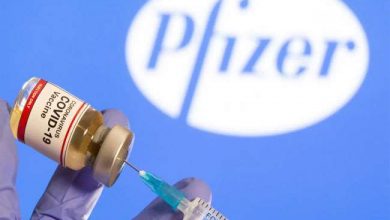 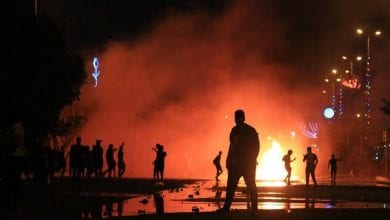 At least 18 dead during break up of Iraq’s Karbala protests: Medical sources